The Siberian Pea Tree – a species of legume – is a very easily grown deciduous shrub/small tree growing to 6m (20ft) by 4m (15ft) at a fast rate and yielding a good crop of edible seeds. Leaves are alternate and compound with small leaflets and can be light to dark green. Small, yellow fragrant flowers bloom in early summer with pod fruits, containing many seeds, ripening in mid-summer. Both the seed and seedpods are edible. The flowers are hermaphrodite and are pollinated by bees. It can fix nitrogen, tolerates strong winds but not maritime exposure. It is noted for attracting wildlife. Planting habitats include: a woodland garden sunny edge, and a hedge.

The seed, seedpod, and oil are all edible. The seed is cooked and has a bland flavour so it is best used in spicy dishes. The seeds are small but produced in abundance; there are 4–6 seeds per pod. The raw seed has a mild pea-like flavour, though there is little information on whether it should be eaten in quantity when raw. The seed contains 12.4% of a fatty oil and up to 36% protein and it has been recommended as an emergency food for humans. More than just an emergency food, this species has the potential to become a staple crop in areas with continental climates. Young pods can be cooked and used as a vegetable. Caragana is a good poultry food.

In the Dictionary of Chinese Traditional Medicine by Kiangsu the whole plant, known as ning tiao, is used in the treatment of cancer of the breast, and the orifice to the womb, and for dysmenorrhoea and other gynaecological problems.

There are a number of other uses for the Siberian pea tree including: a dye, fibre, oil, hedge, shelterbelt and for soil stabilization. A fibre obtained from the bark is used for making cordage. A blue dye is obtained from the leaves. The plant can be grown as a hedge; it is quite wind-resistant and can also be planted in a shelterbelt. It has an extensive root system and can be used for erosion control, especially on marginal land. Because of its nitrogen-fixing capacity, it is valued as a soil-improving plant.

The Siberian pea tree succeeds in most well-drained soils, preferring full sun and a light sandy dry or well-drained soil. It can tolerate very alkaline soils. Plants do not require a rich soil, succeeding on marginal land. Established plants are drought resistant and fast growing. Dormant plants are hardy to about -30°c (-22°f), they prefer a continental climate and do not grow so well in areas that do not have very cold winters. They grow and fruit very well in the eastern UK, even in northern areas, though they do not do so well in the wetter west. The young growth in spring, even on mature plants, is frost-tender and so it is best to grow the plants in a position sheltered from the early morning sun. The Siberian pea shrub has an excellent potential to become a staple food crop. The seed is nutritious and wholesome, although rather small it is often very freely borne and is easily harvested.

C. boisii and C. fruticosa are closely related to this species and can probably be used similarly. A very ornamental plant, some named forms have been developed for their ornamental value. ‘Nana’ is a very compact dwarf form that grows slowly. ‘Pendula’ has stiffly pendent branches but is otherwise the same as the type species. Plants in this genus are notably resistant to honey fungus. This species has a symbiotic relationship with certain soil bacteria, these bacteria form nodules on the roots and fix atmospheric nitrogen. Some of this nitrogen is utilized by the growing plant but some can also be used by other plants growing nearby. A good bee plant.

Seed is best sown as soon as it is ripe in a cold frame. It usually germinates in 2 weeks. Stored seed should be pre-soaked for 24 hours in warm water then sown in a cold frame. If the seed has not swollen then scarify it and re-soak for another 12 hours before sowing. Germination usually takes place within 2–3 weeks at 20°c (68°f). As soon as they are large enough to handle, prick the seedlings out into individual pots and grow them on in a greenhouse for at least their first winter. Plant them out into their permanent positions in late spring or early summer, after the last expected frosts. There are approximately 40,000 seeds per kilo. Cuttings of half-ripe wood, 7–10cm (2.75–4”) with a heel, can be taken in summer and placed in a frame. Layering can be done in spring.

Other recommended Caragana species for edibility:

Caragana brevispina is a deciduous Shrub growing to 2.4m (7ft 10in).

Caragana fruticosa is a deciduous Shrub growing to 2m (6ft) by 2 m (6ft) at a fast rate.

Known Hazards: Reports that this plant contains toxins have not been substantiated. The occurrence of cystine in the seeds is doubtful. 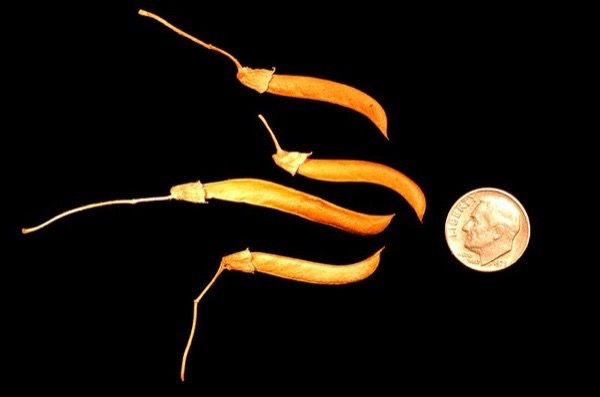 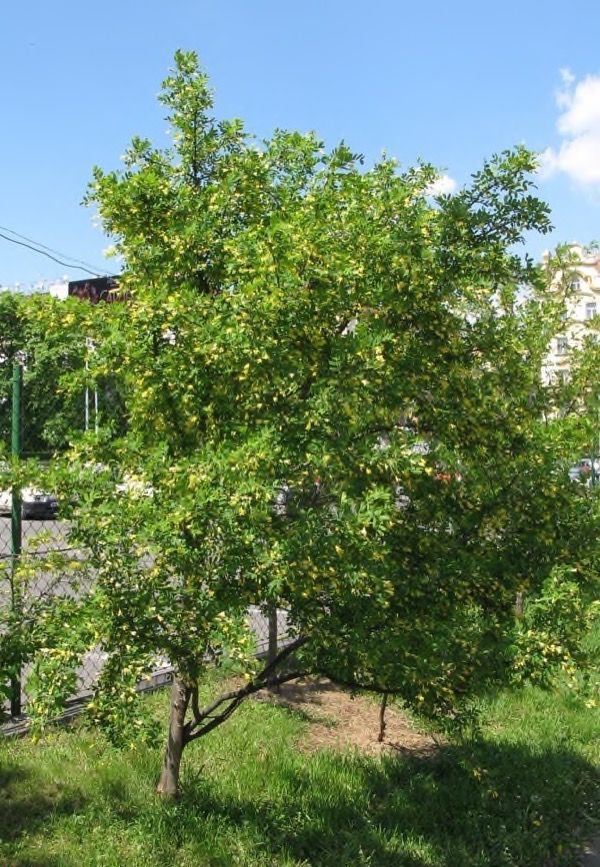 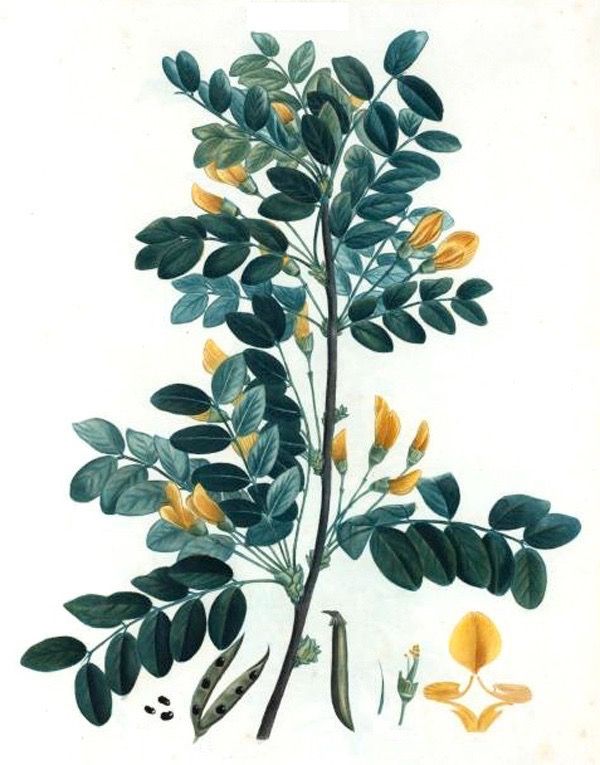