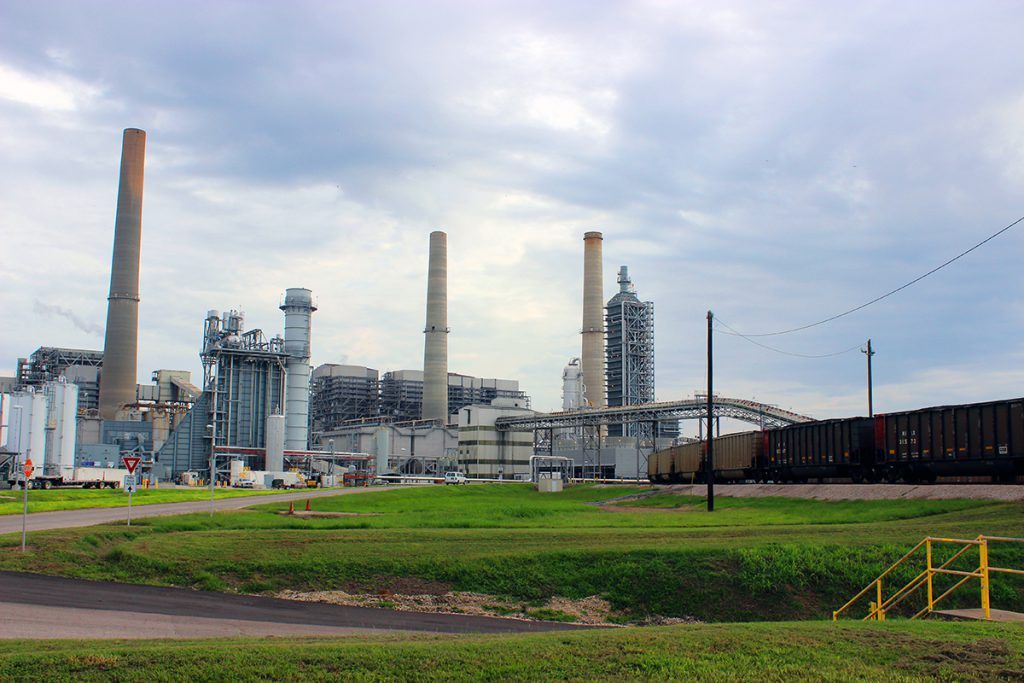 ‘Trees or Technology?’ by David Gearing

You may be thinking that the widespread introduction of Food Forests and Carbon Sequestration in plants and soils are clearly necessary and desirable, but will take too long to make a difference, and that large-scale technological solutions (e.g. Carbon dioxide Capture and Storage (CCS)) will be essential in the short to medium term if disastrous environmental and ecological damage due to global warming and climate disruption is to be averted. However, it’s becoming clear that technological fixes – CCS in particular – are very unlikely to be effective on a large scale, and are being seen more as new commercial opportunities for fossil fuel companies than a part of the solution to the planetary crisis.

A study paper presented at a technical CCS conference in 2018 that sets out the practical issues and problems involved with just one aspect of such technology – establishing an effective environmental baseline for offshore reservoirs – also provides insights into the incredible complexity of the concept.[1] This study was based on a sub-seabed geological reservoir in a depleted Shell gas field in the North Sea called Goldeneye. This site was apparently chosen because some detailed information was already available from Shell about its physical, biochemical and biological characteristics. Also, presumably Goldeneye had been planned as an industrial scale demonstration project for CCS but (tellingly) ‘due to changes in UK government policy and funding these plans have yet to be realised’. The study notes that ‘the marine environment that sits above a typical offshore CCS complex is likely to be extremely large, possibly covering tens to hundreds of square kilometres’. It recommends using ‘existing data, acoustic surveys, satellite, remote sensing and model-derived data to map and describe habitat distributions, environmental conditions and ecosystem functioning across large areas’ and that ‘coupled ecosystem-biogeochemical models can also be used to extrapolate data through space and time to determine monthly, seasonal or inter-annual modes of variability and trends in the biochemical and biological parameters of these areas’. This is necessary to assess and monitor the overall impact and effectiveness of the operation of a CO2 reservoir, which obviously would be set up with the intention of storing CO2 permanently. In particular any leakage, which potentially could occur anywhere within a reservoir, needs to be identified and quickly remedied.

One is left with the impression that it is highly unlikely that such a highly complex and expensive process of baseline setting and regular monitoring will be carried out.

Of course this study didn’t examine how CO2 already in the atmosphere, or otherwise destined to so do, might be efficiently and securely captured prior to its injection without leakage into a geological reservoir. But on the very day I was writing this (November 8 2019) there was a new relevant report in the Science News website of an interview with Mark Jacobson, Professor of civil and environmental engineering at Stanford University, about a study he had undertaken on a demonstration project to scrub CO2 from the waste gases of a coal-burning power plant in Texas.[2] The plant was retro-fitted with a post-combustion carbon capture treatment system, and is one of only two operating power plants with CCS in the world. Jacobson reported that data from the first six months of operation showed that the CO2 capture process was just 55% efficient on average, some way short of the 85-90% claimed by those companies offering this technology. But in addition Jacobson pointed out that industry models favourable to the potential of carbon capture ignore the full life cycle emissions and pollution impacts. In the case of Petra Nova, that is the emissions release and air pollution caused by all that goes into constructing and fueling of the gas power plant that was built alongside the coal-fired plant to power the carbon capture technology.

Jacobson said that when these upstream impacts were accounted for, the project reduced the coal boiler’s overall emissions by just 10%. This is such a small gain, it would be safer and more effective simply to build renewable energy to produce the equivalent power provided by the coal-fired plant. Or putting it another way, Jacobson says it would be better to simply do nothing than increase upstream air pollution inputs with inefficient carbon capture projects.

The Petra Nova carbon emissions reduction system cost approximately $1 billion (yes – $1,000,000,000) to install, receiving grants and loans from US and Japanese sources, including a $170m grant from the U.S. Government under the ‘Clean Coal Initiative’. It is designed to capture about 90% of the CO2 emitted from the diverted flue gas, or about 33% of the total emissions from just one of the boilers at the power plant (about 1.6m tons p.a of CO2). The huge cost is justified because ironically the CO2 is used to greatly increase the production at a nearby oilfield. The gas is cooled and compressed to a supercritical liquid that is then transported along an 81-mile pipeline to the West Ranch Oil Field. It is pumped 5,000 feet underground where it combines with the oil, lowering its density. Extracted oil is processed through a CO2 separator that returns the gas back to the rock formation that contained the oil. So far production has increased from 300 barrels to more than 4,000 barrels per day and may reach as high as 15,000. This is environmental madness!

Meanwhile industry sources predict that fossil fuels will still be used to produce more than half of the world’s energy in 2060 (c),[3] which if true means CCS technology will be hard to ignore. But in the case of the Petra Nova project it is clear from the way it is described that the whole raison d’etre is to make money and prolong the continued use of coal-fired energy generation.

It is evident that technological carbon capture is favoured by rich and politically influential fossil fuel oil companies, their advisers and associated academic researchers. These companies control much of the technology involved in carbon capture. Also trades unions representing workers in this sector see carbon capture as a lifeline replacing soon-to-be redundant fossil fuel related jobs. Thus environmental campaigners and other critics of carbon capture are concerned that the technology will usurp public and private funds that otherwise might be used for renewable energy, as well as further entrench the interests of the fossil fuel industry.

It was three years ago that Plants For A Future (PFAF) started the project we now call ‘Plants to Save the Planet’ (PSP). We realised that the plants information and search facilities we provide could be part of a global movement to shift public focus from issues concerning people and animals onto recognising the power and importance of plants. Plants have the potential to save the planet through the process of photosynthesis removing carbon dioxide from the atmosphere, reversing the build-up from burning fossil fuels which is causing climate heating. Perennial woody plants such as trees and shrubs store the carbon long term, especially if they are part of permanent ecosystems where soil disturbance is minimised, so that carbon is also stored long term in soils. The planet saving potential of trees and soils is becoming widely recognised, with tree planting and rewilding schemes being promoted for carbon offsetting. The Food Forest concept, which involves mixed plantings of perennial plants and trees, which are then looked after by people living in or close to each site, is especially valuable as a blueprint for ways of genuinely sustainable living in the rest of this century and beyond.

The widespread introduction of Food Forests and Carbon Sequestration in plants and soils are clearly a necessary and desirable part of efforts to combat global warming and climate disruption. But as they involve changes in land use and farming practice they are likely to take time to get underway and then to make a significant difference to emissions or to the levels of greenhouse gases in the atmosphere. This prompted me to look at large-scale technological solutions such as CCS that might be quickly and widely replicated and which therefore may have a part to play in the short to medium term. I confess that I was dubious about these technologies, but my limited initial exploration turned out to be seriously alarming and a wake-up call.

Looking specifically at capturing CO2 from the waste gases of power plants, by now one might have expected that there would be dozens or hundreds of projects in operation. To discover that there are only two worldwide, and that the one I examined was built primarily to enable increases in the yield of a neighbouring oilfield, was quite shocking. Clearly there is a lot more to know about the potential of this and other carbon capture technologies, but it appears that it would be unwise to depend on technological fixes to turn things around until new less destructive and polluting ways of living lightly on the planet become the norm. As noted above they are being seen by governments and business leaders first and foremost as new commercial opportunities rather than a part of the solution to the planetary crisis. Their complexity and cost (even if reduced in future by improved technology) means they are unlikely to be introduced quickly or on a large scale, and their effectiveness may not be carefully monitored, so that corners will be cut and their contribution to greenhouse gas reduction will be hard to determine. For me this means that Food Forests and Carbon Sequestration in plants and soils have a greater importance in saving the planet.