We watched a fascinating TV programme recently where a team of historical costume makers were tasked with making a high status gown as shown in a 15th century painting by Jan Van Eyck called the Arnolfini portrait . They used material produced using modern methods, but also examined how the dark green wool cloth would have been dyed in the 15th century. Apparently they would have started by dying it yellow and this was done very effectively using weld (Reseda luteola). The plant is rich in luteolin, a flavonoid which produces the bright yellow dye.

A common weed in North America it grows best in well-drained, neutral to slightly alkaline soils, in a sunny or semi-shaded position. The high-quality yellow dye is made from the seed. Mixed with the blue from woad (Isatis tinctoria) it produces greens such as Lincoln green. It has fallen into disuse with modern chemical dyes. Reseda luteola also has mild narcotic medicinal uses. Common names include dyer’s rocket, dyer’s weed, weld, woold, and yellow weed. More information can be found on the database page http://pfaf.org/user/Plant.aspx?LatinName=Reseda+luteola 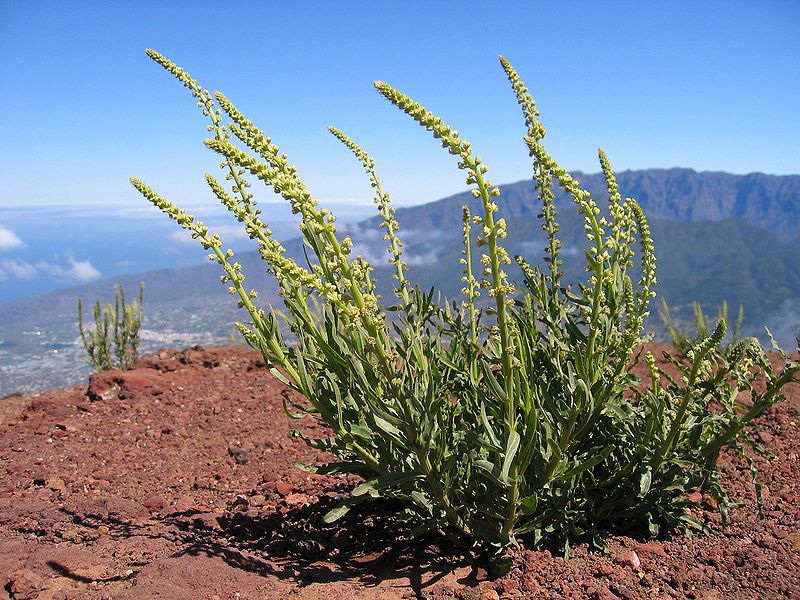 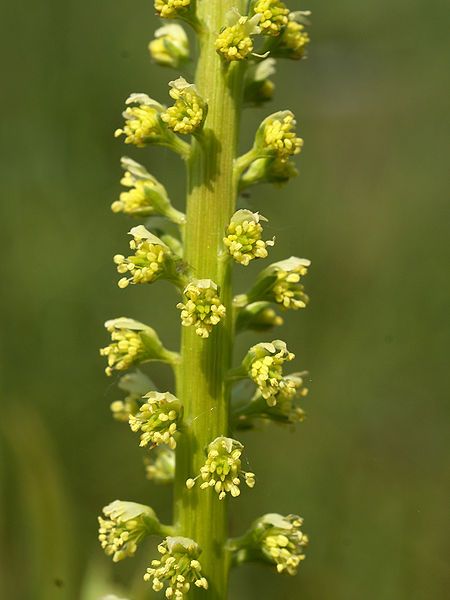