Holly, Ilex aquifolium, is often shown on Christmas cards and wreaths. It has a number edible, medicinal and other uses including a tea and a coffee substitute.

Holly is little used in modern herbalism. The leaves are diaphoretic, expectorant, febrifuge and tonic. They can be use fresh at almost any time of the year or can be harvested in late spring and dried for later use. They are used in the treatment of intermittent fevers, rheumatism, catarrh, pleurisy etc. The juice of the fresh leaves has been successfully used in the treatment of jaundice. The berries are violently emetic and purgative. They have been used in the treatment of dropsy and as a powder they have been used as an astringent to check bleeding. The berries are toxic, especially to children, and should not be used medicinally except under professional supervision. The root has been used as a diuretic, though there are more effective diuretics available. The plant is used in Bach flower remedies – the keywords for prescribing it are ‘Hatred’, ‘Envy’, ‘Jealousy’ and ‘Suspicion’.

Other Uses: Fuel; Hedge; Wood. An excellent hedge plant, tolerating hard clipping and maritime exposure and forming a dense stock-proof shelter. Plants are fairly slow growing however. The cultivar ‘Pendula’ makes a very good carpeting ground cover plant when grown as a cutting on its own roots. It can be planted up to 1.2 meters apart each way, but is fairly slow to cover the ground. Wood – strong, hard and dense, it polishes well, though it must be well dried and seasoned or else it warps badly. It is beautifully white, except at the centre of very old trees, and is highly regarded by cabinetmakers though it must be well seasoned. The heartwood of mature trees is used for printing blocks, engravings, turnery etc. The wood makes a good fuel, burning well even when green.

Cultivation details and uses. Landscape Uses include :Border, Screen, Standard, and Specimen. Holly succeeds in most soils, including peat, chalk, gravels, sand and shales, so long as they are not water-logged, though wild plants are occasionally found in situations with standing winter water. Grows well in heavy clay soils. Established plants are fairly drought tolerant. Dislikes dry soils according to one report whilst another says that it succeeds in dry shade. Tolerates a pH range from 3.5 to 7.2. Succeeds in full sun or fairly dense shade, self-sown seedlings from woods and shady places making the most shade tolerant plants. Tolerant of maritime exposure though in such a situation it may lose some or all its leaves in the winter. Plants require a minimum July temperature of 12°c for good fruit production. They tolerate short periods in winter down to -15°c. Severe frosts can kill whole branches, especially if they are open to the sky. The young growth in spring can be damaged by late frosts. A very ornamental plant, there are many named varieties. Flowers and fruits are formed on wood of the previous year’s growth. A good bee plant, the minute flowers are sweetly scented. The fruit is a valuable winter food source for birds. Resents root disturbance, especially as the plants get older. It is best to place the plants into their permanent positions as soon as possible, perhaps giving some winter protection for their first year or two. Only move the plants in May or, preferably, in September. Plants are quite slow growing, even when in good soils and situations. Trees are usually dioecious but hermaphrodite forms are available. Male and female plants must usually be grown if seed is required. Plants are capable of regenerating from the main stem both above and below ground level and, although the top may be killed in a fire, the plants will usually regrow from the base. Rabbits are particularly fond of this species and will quickly remove the bark. This species is notably resistant to honey fungus. Special Features: Attractive foliage, Not North American native, Naturalizing, Fragrant flowers, Inconspicuous flowers or blooms.

Propagation. By seed is best sown as soon as it is ripe in the autumn in a cold frame. It can take 18 months to germinate. Stored seed generally requires two winters and a summer before it will germinate and should be sown as soon as possible in a cold frame. Scarification, followed by a warm stratification and then a cold stratification may speed up the germination time. The seedlings are rather slow growing. Pot them up into individual pots when they are large enough to handle and grow them on in light shade in a cold frame for their first year. It is possible to plant them out into a nursery bed in late spring of the following year, but they should not be left here for more than two years since they do not like being transplanted. Alternatively, grow them on in their pots for a second season and then plant them out into their permanent positions in late spring or early summer. Give them a good mulch and some protection for their first winter outdoors. Cuttings of almost ripe wood with a heel, August in a shaded position in a cold frame. Leave for 12 months before potting up. Layering in October. Takes 2 years.

ilex aquifolium – L.
Common Name: Holly, English Holly, Christmas Holly, Common Holly
Family: Aquifoliaceae
USDA hardiness: 5-9
Known Hazards: The fruit and probably other parts of the plant contain saponins and are toxic, causing diarrhoea, vomiting and stupor. However, toxicity levels are low and it is only in very large doses that problems are likely to arise. Do not exceed recommended doses. Fruits particularly poisonous to children.
Habitats: Found in most well-drained soils in scrub, hedges and woodland where it is often the dominant under-storey shrub.
Range: Western and central Europe, including Britain, from Norway to Germany south to the Mediterranean.
Edibility Rating: 2
Other Uses: 3
Weed Potential: Yes. It is an invasive species on the West Coast of the United States and Hawaii.
Medicinal Rating: 2
Forest/Woodland Garden: Woodland Garden Secondary; Sunny Edge; Dappled Shade; Shady Edge; not Deep Shade; Ground Cover; Hedge.
It is noted for attracting wildlife.
Soil: light (sandy), medium (loamy) and heavy (clay) soils and can grow in heavy clay and nutritionally poor soils. It prefers dry or moist soil and can tolerate drought.
Soil pH: acid, neutral and basic (alkaline) soils and can grow in very acid soils.
Light: It can grow in full shade (deep woodland) semi-shade (light woodland) or no shade.
Holly can tolerate maritime exposure and atmospheric pollution. 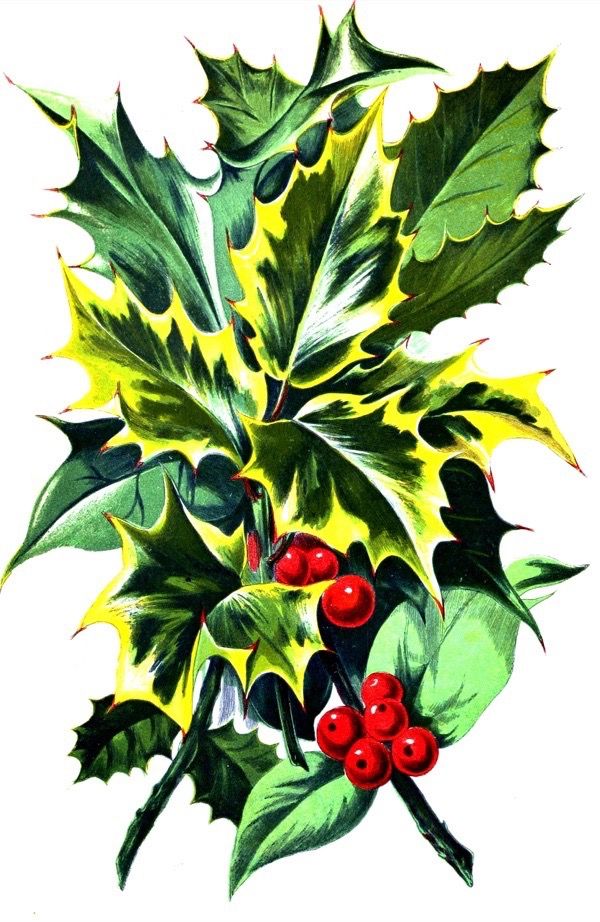